We are a Medical Spa here to help you feel more beautiful and confident in yourself, while turning back the clock of time.

We are a group of well trained medical professionals (Doctor and Nurses) who truly care about giving you the best results you are looking for in the most comfortable way possible. We are tuned into the details (artistic minded) and making sure your experience is the best. All living locally, we also work with you and your schedule in mind. Our pricing is highly competitive to keep your budget in reach! 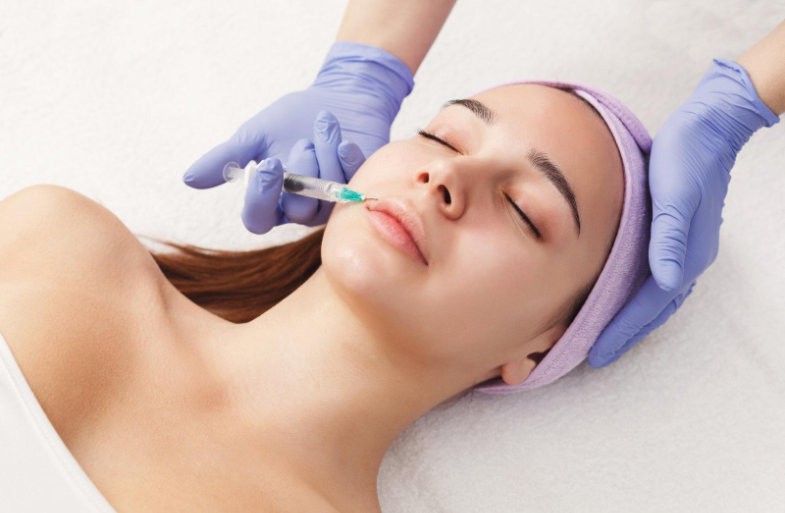 Our Facial Injections (Botox and Dysport) relax your expression lines and help you achieve a younger look. Complemented by a clinically tested skin care option to complement your treatments.

Our Facial Fillers (Juvederm and Restylane) will help add ‘fullness’ around your mouth and lips. Complemented by a clinically tested skin care option to complement your treatments.

Microneedling triggers new collagen creation and smoother, younger-looking skin with decreased pore size. Most of our clients describe the process as almost painless, even if you hate needles!

Chemical peels are a high grade medical solution, applied to the skin, which causes the treated area to exfoliate and literally “peel off” for a new beautiful glowing YOU. Uncover your youthfulness today!

Our Clients Love Us!

"Wow! I don’t know what to say! I’m still in shock with my results! Absolutely amazing!! I went in for dermal fillers in my cheeks and lips and I was so excited. I was expecting to see some results but I honestly didn’t expect them to be so incredible. I am so please! Ecstatic really!! Dr. Diaz and her wonderful team took such great care of me! They spent the time to discuss what my goals were and how we could accomplish them!! They put me at ease, made it painless and gave me outstanding results!! I highly recommend them and I won’t be going anywhere else!!!"

"Desiree did a wonderful job on my microdermabrasion! She was very informational and kind."

"I got lip fillers with Dr. Rebecca Diaz & Robyn & they were both great! They took their time to answer all of my questions & made me feel so comfortable. My lips are still swollen but so far they look amazing. They both have a good eye & knew exactly where to apply the filler. I have already recommended them to my friends & id honestly recommend them to anyone! After waiting over a year to find the perfect place I’m glad I finally found Forever Young."

"This was my first time ever going and getting anything done. I got lip fillers Dr.Rebecca Diaz was amazing she made me feel so comfortable and she explained everything I needed done truthfully. Love the results! Definitely would recommend"

"Jamie Jones is the one who did my laser hair removal and is so professional, knowledgeable and quick."

"Emily was so sweet. She kept you informed the entire time during the procedure. Explaining everything that was happening. She checked in with you and made sure you were ok through the procedure. It was my first time ever having fillers or botox and she was amazing! Definitely recommend their office for anything you are looking for."

"Desiree did a great job enjoyed my microderm she went above and beyond to ensure I was comfortable and the massage was on poimt!!"

"My work schedule can sometimes be very sporadic so I couldn’t find time to get to Forever Young because of the hours listed. I messaged them off Facebook about my situation and Samantha came in early on her day off to provide her services!!! I am not new to injections/fillers so I explained to her what I did and did not want, as another spa gave me unsatisfactory results. Samantha suggested other options and we chose what worked for me. I am very very happy I chose Forever Young and am excited about what I want next!"

"This was my first time having any kind of fillers done for my face and Dr. Diaz made me feel completely comfortable. She took her time with me and did not rush me, she told me all my options that were available and what she thought would work best for me and gave an honest opinion for what I was looking for. The spa was quiet and clean. During the procedures, she offered me different types of distractions to help with the discomfort. This place is like a little hidden gem. I’ll definitely be returning."

"Awesome! I’m hooked. At first I didn’t think there was much of a difference after the Micro needling/PRP until I saw the before and after! WOW! Impressive. Samantha is amazing. She talked me through everything and it was all literally almost painless. I hardly felt anything."

"I’ve been in search of a professional and experienced spa and staff, I found it with Forever Young Spa! Rebecca is personable and knowledgeable! I would highly recommend their services and will definitely be a returning customer! Thank you for making me feel comfortable during the ageing process!"

"I always leave the spa feeling refreshed and rejuvenated. It is always clean and Dr Diaz is the utmost professional! I’m currently getting laser hair removal and am very pleased with the results. While other laser hair removal facilities have machines that can be painful, this spa has one that blows cold air while administering the treatment, which drastically minimizes pain! I can’t suggest Forever Young Spa enough"

"I can't say enough about this spa and it's WONDERFUL staff! Dr. Diaz, Jaime Rizo, & Amber are all top notch! They listen to their client's wants, needs, and concerns and take the time to make sure they do everything right the 1st time. Jaime worked with me, provided all of my options, and nailed it! She is the LIP QUEEN! Dr. Diaz and Amber are both amazing as well. They responded quickly to text messages and threw an awesome BOTOX Party! I wouldn't use any other spa. Look no further...BOOK YOUR APPOINTMENT!!! You will NOT be disappointed."

"I was always afraid of doing anything to my face but Dr Diaz explained how the product worked and what I was going to feel and look like after. Nothing like what I had watched on UTube. Kybella is the way to go if you want to get rid of some fat under your chin. I am very happy with my results! Thank you Dr Diaz"

Ready to Make a Change?

Contact us for more details or book an appointment online!

Midland, TX, aka “The Tall City”, is the county seat of Midland County. It’s estimated to have a population close to 200,000 people and covers just over 75 square miles, though where Midland ends and Odessa (its sister town) begins is anyone’s guess; they’ve long since blurred the lines of leaving one city and entering another. Originally founded as the halfway point between Dallas / Fort Worth in central Texas and El Paso on the far western tip of Texas, Midland is the hometown of First Lady Laura Bush. Like its sister town Odessa, Midland saw its population explode in the 1920s when oil was first discovered in the Permian Basin. That trend has continued, in line with the oil booms and busts, for the last 100 years, with the Permian Basin now producing nearly 20% of the United States’ petroleum and natural gas. Midland is home to Midland College, a small community college established in 1975 and educating just under 10,000 students today. It is also home to the Midland-Odessa Symphony and Chorale, which has performed in the region for nearly 50 years; and the Midland Community Theatre. Sports-wise, the Midland Rockhounds, a minor league baseball team affiliated with the Oakland Athletics, play games locally in the Momentum Bank Ballpark.